Of course you may be surprised due to the address of this article.. as author tried to hide his feelings.. but why hiding?!.. let's be frankly.. yeah.. we did it!!.. I can tell that by my two aspects.. as an Egyptian.. we did it through the revolution hope a real democracy and political freedom.. and as a physician fighting with an organized team against Tuberculosis..

Due the Egyptian revolution which expands for 18 days, many miracles happened.. not only from political point of view.. but also from medical point of view.. as through revolution on Africa, there is dangerous on social behavior.. It is well known and documented that there are many accidents and social terrors happened among days of Egyptian revolution due to thieves activities and even killers and criminal actions.. theses and others are some of causes which made challenges to Medical team who is helping Tuberculous patients through public governmental chest center which we are working on..

The authorities made a curfew which firstly prevented the Therapy stock from being enough according the long term time frame.. but the volunteers gave a brave role to cover this item..

The area which we work called "Matareya" it is a public chest center which serve about two million people.. the Tuberculous patents who need their therapy couldn't believe that the medical team is standing there.. the telephone calls stabilize the patients to receive their medical regimen..

The Exception which we did to cover this crisis that the medical team gave two weeks therapy against Tuberculosis not only one week as usual.. because we couldn't make a certain accept of terminal of revolution.. and to make a good rest to our tuberculous patents among that crisis..

Different tuberculous patents as New,Relapsed,Defaulter,Tuberculous effusion and others got to the center as their routine schedule to receive their therapy.. families who live around public chest center make a well protection for patients and us to make our work organized and safe..

I have more than 100 tuberculous patients names who received by themselves or by official delegates their medical regimen to control the disease.. as it is a secret work.. but it is documented..

Our Manager Dr.Atef, Head nurse Mrs.Mona, Tuberculous Nurses Team Mrs.Nagwa ,Mrs Mariam , author, families of area, and many members made By Hand of God a great medical story helping patients to pass through the crisis.. 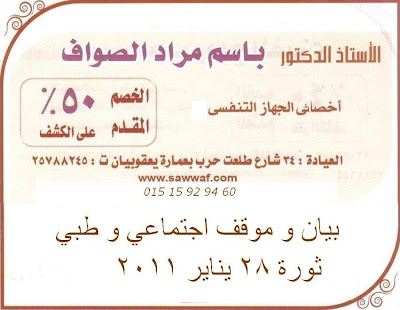 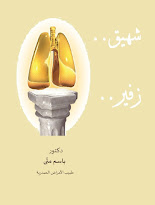