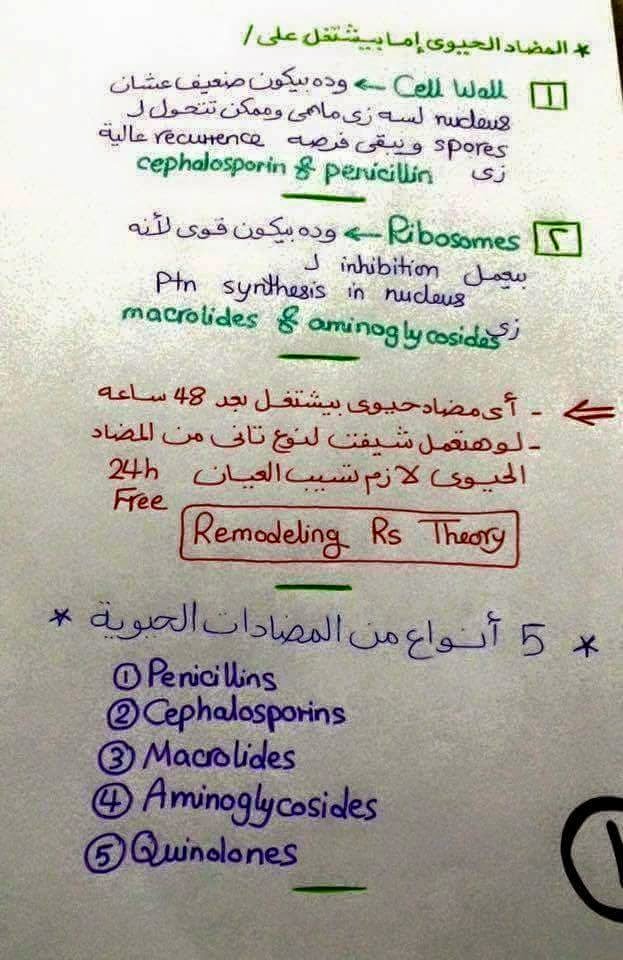 
The History of Antibiotics

At sometime or another, almost every physician has prescribed an antibiotic. Their uses range from treatments of lacerations to infections to pneumonia. The controversy over their usage possibly ensures that they may not be used much longer. But what could possibly replace them?

The story of antibiotics starts more than three thousand years ago, when ancient people stumbled over the discovery that some molds could be used as a cure. No one is sure if it was the Egyptians, the Chinese, or Indians of Central America who first used molds to treat infected wounds. At that time they did not understand microorganisms or the war of cells that was going on in the body. The then-current common wisdom held that the benefits were anything from driving away evil spirits to curing the imbalance of humours in the body.

As time went on, people began to gain some insight into the nature of disease. In the 1860's, Louis Pasture was the first to show that many diseases were caused by bacteria. Later he discovered that we may be able to fight germs using other microbes. The first to make an effective medication from microbes was two German doctors, name of Rudolf Emmerich and Oscar Low, who conducted their experiments in the 1890's. They proved that, simply put, the germs that would cause one disease may be the cure for another.

What the men did was to take germ samples from a specimen of infected bandages and then grow the germ colony in a test tube. They would then isolate a particular germ that causes, for instance, a kind of infection in open wounds. The first lucky microbe was a bacteria called Bacillus pyocyaneus. Then they put this into another test tube containing other types of bacteria, and witnessed the Bacillus pycyoneus wiping out the other disease germs. The germs that it killed were those that caused cholera, typhoid, anthrax, and diphtheria.

From this sample, the team created a medication that they named "pyocyanase", which became the first antibiotic to be used in hospitals. Unfortunately, it did not work consistently on all patients; some were cured, some only became sicker, so the new miracle drug was abandoned.

Going forward to 1928, a research scientist by the name of Alexander Fleming made the next real milestone in antibiotics. At the time, Fleming was on the staff of a hospital in London. He was studying a germ called "staphylococcus aureus", growing colonies of the germ in a petri dish.

One day Fleming found a spot of green growing on the gel that was among the germs in one petri dish. On examination, he noticed a clear, germ-free ring of gelatin around the mold. This meant that the mold had killed the germ colony that was there. As Fleming watched, the more the molds spread, the more of the germ that was liked off. Fleming made this a new full time project, and over the next few days he noticed that tiny droplets of fluid began to form on the mold. Could this be the chemical that was killing off the germs?


Fleming drew off a sample of the liquid and tried it on a sample of more germs in a test tube, where it had the same germ-vanquishing effect. The name of the mold colony was Penicillium notratum, so called the liquid penicillin! Later, other scientists tested the newly found microbial weapon on infections in mice and rabbits. It was indeed an excellent cure, and yet it did not harm the animals in any way.

Soon after penicillin came the next milestone in fighting infections, the invention of the sulfa drug. It comes from Prontosil, which was a substance used as a dye. When put into the body, Prontosil changes into the active germ-killing drug called sulfonilamide. It was eventually found that this drug could cure blood poisoning, scarlet fever, and pneumonia. Soon other laboratories started making other drugs in the same family, which became known as sulfa drugs. But drugs had some serious drawbacks: if not enough of the drug was given, the disease would return and get worse; but giving too much of the drug would upset the body's natural defense system. So scientists continued their search for other antibiotics.

The next breakthrough was by Selman Waksman, who discovered a drug called streptomycin. It originated from microbes found naturally in soil and it proved to be a cure for many intestinal diseases. Now we had penicillin and steptomycin; each relatively affective against certain diseases, but there was still no broad-spectrum drug. The search was on for a new panacea - one antibiotic to rule them all. By 1949, various laboratories had discovered a series of antibiotics which had wider and wider implications. This time period gave rise to Aureomycin, Chloromycin, and Terramycin, all of which had broader ranges of bacterias they could kill off. The age of the antibiotics had officially begun.

Today, the importance of antibiotics to medicine has led to much research towards producing them. The process of production typically involves screening wide ranges of microorganisms, then isolating them for testing and modification, and using a fermentation process to carry out production.

The problem stems from the matter of each antibiotic only killing off a certain percentage of the targeted bacteria, which is a long-term formula for disaster. The surviving germs breed antibiotic-resistant offspring, and then the antibiotic has to be discarded because it is no longer effective. Eventually, given the finite bounds of the universe, we will run out of new antibiotics... and if we still have germs then, that leaves us behind the 8-ball!
http://www.articlesbase.com/non-fiction-articles/the-history-of-antibiotics-138040.html
Posted by Bassem Matta